Luke Evans lands the lead role in "The Crow" remake 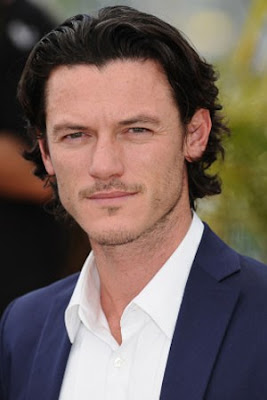 Some of you may have heard the news by now, it's buzzing around like a fly looking for light. "Immortals" star Luke Evans was cast as Eric Draven in the inevitable remake of the dark, gothic film "The Crow". Now, I've been keeping up with the latest news on this project not only because I'm dreading this film, but because I was anxious to find out who would be taking Brandon Lee's throne. At first I heard it was going to be Tom Hiddleston (Loki from The Avengers) but it turns out he didn't get the role. You can read my coverage on that here: http://grimmreviewz.blogspot.com/2013/04/tom-hiddleston-to-possibly-play-eric.html

I generally tend to stay positive in my reviews and news coverage, only using constructive criticism. This however, I find really hard to remain positive for. For too many reasons to name this film should not be made. Brandon Lee died during the making of the original film and has left a gap in anything "The Crow" related since. The sequels were all garbage and increasingly getting worse with each newer one that was released. Not to mention that God awful television series.

The odds of this film actually holding water and being of any importance is something I'm not holding my breath for. If there's one thing I've come to learn while being a movie nerd, it's that fans of the original film scowl at the mention of a remake and I'm in agreeance. There was something magical that happened with the first one, it was one of those movies where everything came together perfectly. The original had real heart and I don't feel as though a remake will. They're simply going to try and outdo the first one with more violence and visual effects and lose the soul the Brandon Lee film has. 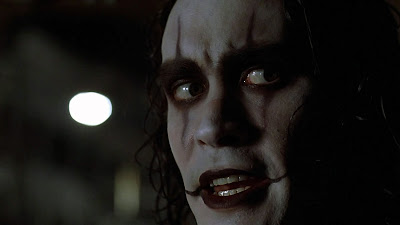 Luke Evans has his work cut out for him if he doesn't want to be ridiculed by fans and moviegoers. The 34-year-old actor has several projects lined up right now, The Crow just adding to that list. This year he has "The  Fast and the Furious 6", and "The Hobbit: The Desolation of Smaug" coming out and next year's "The Hobbit: There and Back Again". He's staying busy, that's for certain.

Evans first got noticed in 2008 when he played Vincent in the play Small Change. It's what gained him recognition from film casting directors and US agencies. He landed his first role at the age of 30 as Greek in the "Clash of the Titans" remake.

I've got nothing bad to say about the actor, I don't blame him for wanting the role. It's a big role and if he nails it he could become a big star. I'm just against the movie being made in general and don't think he or anyone else right now could really pull this off. Maybe if you got Christopher Nolan involved I'd start to have a glimmer of hope, but I doubt he'd even poke at this movie with a stick.

I'm not even entirely certain that I'm going to see this movie at all. I'm sure a part of me knows curiosity will get the best of me and I'll end up seeing it sooner or later. That doesn't change how I feel about this film. Best case scenario, it's better than the forgettable sequels. No chance it'll overshadow the first film. Especially to us hardcore fans.
Posted by Drew Grimm Van Ess at 9:07 AM