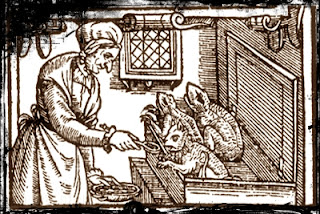 Witchcraft and Voodoo are the two most misunderstood religions in the world, in my opinion. People tend to be misguided in their interpretations of these practices. Let me dispel some of these "dark age myths" for unenlightened souls. Voodoo originated in what was a French slave colony at the time, Haiti, in the 18th century, when African religious practice was suppressed and enslaved Africans were forced to convert to Christianity. Voodoo incorporates elements and symbolism from many African Tribes and European spirituality such as Roman Catholicism, European mysticism, and Freemasonry. The Voodoo faith holds that there is one deity, Bondye, the creator of the universe. Subordinate to this God are the Loas, lesser deities or saints who act as messengers between the Voodoo practitioner and God. Loas are necessary, because Bondye doesn't intercede in human affairs. Practitioners build relationships with the loa via offerings given to these spirits, the creation of personal altars and devotional objects, and participation in ceremonies of music and dance, which welcome spirit possession. You can compare Loas to God's angels or saints if you are a Christian or are informed with how Christianity works. Voodoo priests known as Houngans and priestesses called Mambos. Obeah is a type of Voodoo associated with both benign and malignant magic, charms, luck, and with mysticism. In some Caribbean nations, Obeah refers to folk religions of Africa. To some extent, elements of these folk religions survived by masking itself with Christian symbolism and practice introduced by European colonials and slave owners. Casual observation may conclude that Christian symbolism is incorporated into Obeah worship, but can represent clandestine worship and religious protest. During slavery, Obeah was directed against the European slave masters. After the Haitian Revolution many Haitians fled as refugees to New Orleans. Free and enslaved Haitians who moved to New Orleans brought their religious beliefs with them and reinvigorated the Voodoo practices that were already present in the city. Eventually, Voodoo in New Orleans became hidden and the magical components were left present in the public sphere. This led to what is called "Hoodoo" in parts of the Southern United States. 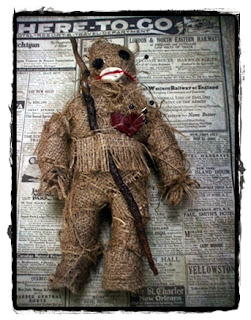 Hoodoo is accessible to people from any faith and grants access to supernatural forces to improve people's circumstances. Hoodoo helps people attain financial prosperity, love, revenge, health, and necromancy. As in many other spiritual and medical folk practices, extensive use is made of herbs, minerals, parts of animals' bodies, an individual's possessions and bodily fluids, especially menstrual blood,urine, saliva, and semen. Like voodoo, hoodoo shows evidence of being part of beliefs in West African spirituality. Contact with ancestors or other spirits of the dead is an important practice within the conjure tradition, and the recitation of Psalms from the Bible is also considered spiritually influential in hoodoo. Witchcraft is left over from a myriad of Pagan, Pre-Christian religions. It has nothing to do with Satanism or Devil worship. Wicca is the mostly commonly associated religion that pertains to the practice of "witchcraft" and is often referred to as "the craft". There holidays in Witchcraft, most of which have been taken over by Christianity. Many Pagan Gods have also became Christianized as saints. Wicca recognizes a God and Goddess as masters or rulers if you will over mankind and all living things, a divine masculine and feminine deity. There is no real organized structure to Witchcraft, but many Witches agree and/or believe that magic is used in the craft. "White Witches" do not work dark or black magic due to two basic laws, which most Witches accept. The first is "An it harm none, do what thou wilt." To a Witch this means you can work magic if nobody is hurt. The second reason is that witches don’t use dark magic because of a general belief in the "threefold law", which is similar to the concept of Karma, but occurs in this lifetime. Whatever you unleash magically is said to come back on you three-fold so witches generally take care in what they cast into the world with magic. Witchcraft respects and understands the duality of nature as it is technically a fertility religion, which is represented by the changing phases of the Moon and the seasons, Witchcraft is often mistaken and lumped in with Satanism, which is so far from true its not even funny. Witches don't even believe in the Devil. Pagans in ancient Rome often worshiped Pan, the adventurous and spirited fertility God, often depicted as a Piper. Early Christians began to depict the Devil as looking like Pan, who was a tailed, cloven-hooved being with horns, much like a goat-man. Long ago in the dark ages when everyone was persecuted, even Christians by one another, every witch was said to have a "familiar," an animal that had been given to her by Satan. The animal was said to serve as a beloved pet companion as well as a demon. They even dressed their familiars during times when it would suit them such as in a long, cold, New England Winter. 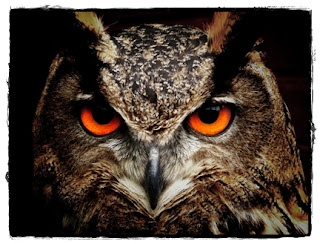 The witch protected her "occulty" cuddle bear fiercely. The familiar such as Maleficent's Raven, stole and sometimes committed murder for its respective witch. Witch's neighbors have even said the animals talked to the witch in human language. A familiar was also recognized by always being close to the witch, usually following her wherever she went. 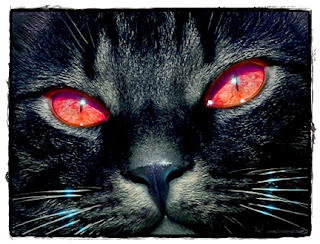 The ultimate in Familiars is said to be the cat. After all, they are the master species. The Egyptians said so. Cats can see in the dark, inferior humans. During the Middle Ages people senselessly slaughtered cats without reason, because they believed they were demonic. 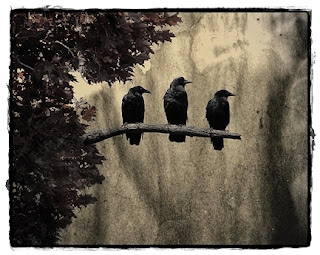 The word poppet is an older spelling of puppet from the Middle English popet, meaning a small child or doll. In folk-magic and witchcraft, a poppet or sometimes called moppets, mommets, or pippies is a doll made to represent a person, for casting spells on that person or to assist that person with magic. These dolls may be created from roots, branches, leaves or corn husks, fruit, paper, wax, potato, clay, branches, or cloth with the intent that actions performed upon the doll will be transferred to the subject for whom the doll was created. It was from these dolls that the myth of Voodoo dolls arose. Poppets are also used as kitchen witch figures.
Posted by Wicked Witch of the East at 9:21 AM