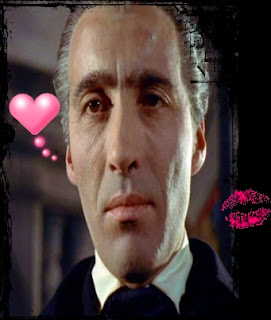 Christopher Frank Carandini Lee was 6'5" of talented hunky hotness with his booming, sexy British accent, and his imposing stare.  Not only was he the best Dracula EVER..., but he was always "the bad guy", and I loved it!

Anybody who knows me knows I have an unhealthy obsession with Sir Christopher Frank Carandini Lee aka Dracula circa 1957-1976 (my favorite Dracula), who hots this series, (I mean hosts, Freudian slip), which you can watch online and check out all 26 episodes for free streaming online. 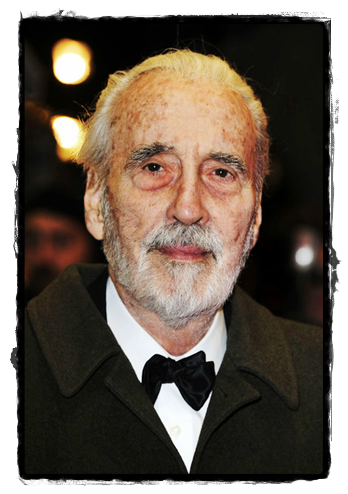 Sir Christopher Lee was actually knighted, which makes total sense, because he is the epitome of English hotness, even at his death at the age of 93.  He just turned 93 on May 27. He was knighted for his contributions to dramatic acting and charity in 2009 though he is also an operatic singer.  He even released a heavy metal album recently.

You can watch the 100 Years of Horror series for free online by clicking here.

He has one of the sexiest voices and hottest British accents I have ever heard in my lifetime if not "the" hottest. He is particularly proud of his role in The Wicker Man, a British film in which he portrayed the ultra dignified and creepy Lord Summerisle in 1973.

The ever handsome and debonair, Mr. Lee starred in these killer films and TV shows!


And not to mention, well, yeah, actually I am mentioning it, and talking about it alot in this post, actually.  He is Lord Summerisle in the Wicker Man...the original one circa 1975, which you should watch if you have not.

The Wicker Man (1975), involves a British police officer visiting Summerisle, a remote British island to investigate the disappearance of a little girl. Pay attention, because there will be a festival going on (for May Day, I gather), and on this little island people celebrate just a little bit differently.   In fact, everything is a bit different there.  The pagan island of "Summerisle" was filmed around Newton Stewart in Dumfries and Galloway.

Click here to watch In Search Of: Dracula, hosted by Christopher Lee in 1975.  I'll put up some other movies you can watch online for free to celebrate his memory. 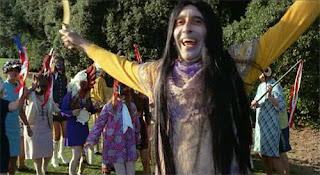 Posted by Wicked Witch of the East at 8:32 PM