4 Movies Not to Watch With Your Valentine 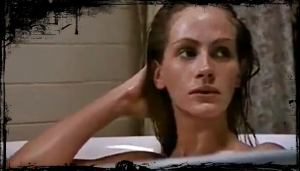 1.  Sleeping With The Enemy (1991) - If your new guy begins rearranging the cans in your cabinet in alphabetical order, its time to say goodnight.  In this flick, Julia Roberts (Laura) leaves her picturesque beach-house via escaping by swimming out to sea and moves to Iowa with the hidden savings she obtains to get away from her psycho, controlling husband.  She meet a new guy.  He's kinda nice, but her ex can't live with out her and she surely will not be allowed to live without him. 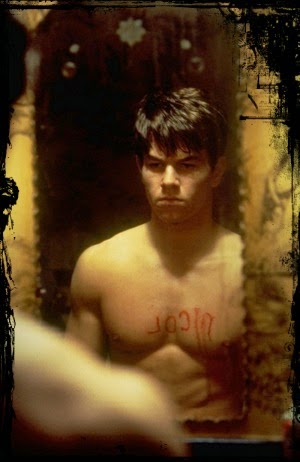 2.  Fear (1996) - Those bad boys from the Northeast usually come equipped with a past.  Your Daddy warned you for a reason.  Ask me why Mark Wahlberg was always cast in movies where he came from New York in the 90's and I will answer I don't know!!!  Nicole met a charming, sweet, attentive boy named David with a banging ass body.  He's a little older, but he seems like the perfect gentleman.  Yeah, usually the normal ones are the biggest creeps! 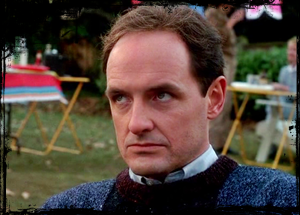 3.  The Stepfather (1987) (2009 Remake) - Why do kids hate it when their single parents date?  I'd say its probably because they watched The Stepfather.  This guy is perfect.  He's nice, he works, he is willing to take care of a family, even if its a blended one.  He enjoys woodworking in his basement.  The problem is that he's a psycho and in his spare times enjoys a little murder. 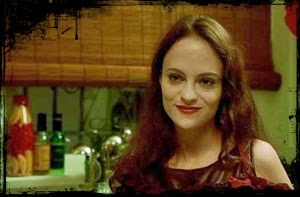 4.  May (2002) - May is a girl who knows what she wants.  The problem with finding it is getting it all in one guy.  May's best friend is a doll and most guys find that a little creepy let alone she has a lazy eye and is sort of socially awkward.  If she can't love all of a man, at least she can try and love just part of him.
Posted by Wicked Witch of the East at 10:23 AM