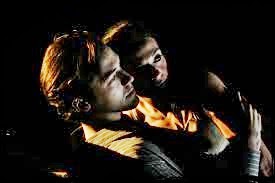 Midnight Son - A benign vampire who considers his affliction an actual condition, who works around it and still has humanity, a modern vampire.  This was a unique portrayal in the life of a contemporary vampire minus the wealth and privilege or vagabond concept we are so accustomed  to seeing in vampire movies.  This was truly original.

30 Days of Night - Oh hell yes, vampires in Alaska where 30 days of complete darkness and night can exist, why did nobody ever think of this before?

The Hamiltons - A family of vampires and a clueless youngest child, pretty boss!  Its like party of five with incestuous siblings and a normal little brother.

Let the Right One In (Let Me In) - Child vampires manipulating human adults and other kids, great concept and something that has never been done ever!  The Swedish version was better than the American one, but they were both well done and I enjoyed them.  It takes a little bit of brainpower to read into the situation and there is just enough suspense to keep you guessing. 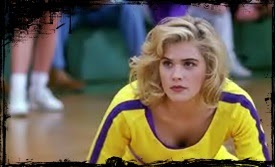 Buffy the Vampire Slayer (1992) - A snotty blonde cheerleader who is a chosen vampire hunter to be trained by the vampire hunter elite, this is a unique and fun concept. Pee Wee Herman was a nice touch, too. 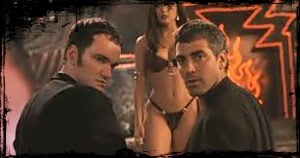 From Dusk Til Dawn (1996) - Mexican vampires and a vacation, never been done.  This was probably one of the most stylish stripper and bar vampire concepts done, when a family collides with a bar full of tough Mexican strippers, a bartender, and other vampires.  Quentin Tarantino has flair and always makes everything a good story! 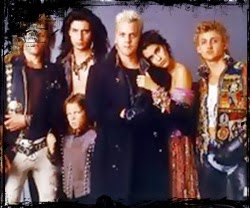 The Lost Boys - A contemporary and derivative adaptation of Peter Pan with teenage and a child vampire is a cool concept and was done in this 80's horror classic!
Posted by Wicked Witch of the East at 8:59 PM